Where to Eat
Where to Stay

All Information on these pages has been compiled from information from third parties and which may be subject to change or cancellation. As we cannot be held responsible for any errors or inaccuracies you are advised to confirm details with the various organisers before embarking on a long journey

A gentle walk of about 1¼ miles, largely accessible to wheelchair users, taking about an hour exploring Maldon’s historic quayside, with opportunities to detour and visit extra places. The walk is dog friendly. Refreshments are available in the Promenade Park and High Street.

1 Maldon's Quaker Meeting House was built in 1821. This handsome little brick building is set back from the road in a burial ground which is maintained to encourage wildlife. All the headstones have the same dimensions and lettering in accordance with Quaker testimony to equality. Internally, the building comprises two separate rooms; originally one for women and one for men, although since 1830 men and women have met together. The Georgian benches and tiered elders' benches remain. Visitors are welcome to enjoy the peace of the meeting house ground

Cross Butt Lane again, keep left and take The Downs footpath to Chandlers Quay. Beware of vehicles manoeuvring here. Turn right at bottom of footpath and take care to stay to theright of chain link fence. Be wary of cyclists here. This brings you past old slipway and to

2 Maldon Saltworks - the original and extended buildings still in use, characterised by the black silos. Salt has been produced in Maldon by the evaporation method for hundreds of years. Maldon Salt came into being, on the present site, in 1882. In 1922 The Osborne family took ownership, and it is now being run by the fourth generation, Steven Osborne. The site was visited by the Queen in 2010 and a Royal Warrant was granted in 2012

After the Nursery take the path along the grassy area. Views of mud berths and varied craft. Take the next left into Chelmer Terrace towards

At the entrance to Noddy’s Boatyard, turn right onto the unmade track which is the original Chelmer Terrace, admiring the row of cottages and The Blue House. Turn right

5 House of John Howard - Master Ship-Builder. Number 61 North Street is the former home of John Howard (1849-1915), a qualified naval architect and one of Maldon’s most famous barge builders. He was best known for his ‘stackie’ barges, known as “hay up and dung down” because the barges were loaded with hay and straw at Maldon and returned with London horse muck for the clay fields by the Blackwater Estuary.

7 Sail Lofts - The Hythe starts outside the chandlery and at this point, in Victorian times, stood a Blacksmith’s forge and workshops. A long red brick wall marks the boundary of the Sail Lofts, making sails for the barges and fishing boats. Sailmaking ceased here some twenty years ago. The grassed area was used for spreading the canvas sails out so they could be painted with preservative; fish oil mixed with red ochre, giving the sails their traditional red brown colour. Opposite is a row of traditional fishermen’s cottage

9 Jolly Sailor Pub - The Belvedere (roof top observation room) served to inform the hostel keeper and lodgers when ships and barges were coming in to dock at the Hythe Quay. The building dates back to the 16th century.

10 Hythe Quay barges with Maldon Little Ship Club - Although the Club was formed in 1927 it had no home and has been using this old Forge and Blacksmithy since the 1950’s. Various extensions and alterations have been made over the years, the most ambitious involved extending the Upper Deck. Evening classes, social events and private parties all make good use of this lovely old building. Very early pictures of Maldon show St Mary’s Church and the black boarded building, now the Clubhouse.

11 Cooks Yard - Shipwrighting has been carried on here for many years; maybe since Saxon times. From 1874, the yard was run by Walter Cook, and then his son, Clifford. Sailing barges were built here, including the Dawn who is currently lying in the yard. Work at Cook’s involved many boat building and barge repair. The large timbers for this repair work can be seen on the shore. Now Topsail Charters use the yard mainly for the repair and maintenance of their fleet of barges, which lie at the quay between charter trips.

12 Steam Tug Brent - has been part of the Maldon waterfront scene for many years. Prior to coming to Maldon she spent all her working life in the London Docks. Brent came to Maldon in 1971 and for many years steamed here on the river. Since 2011 she has been owned by the Steam Tug Brent Trust, has all her original steam machinery and is mainly unchanged from her working days. Looked after by a team of volunteers, the Trust plan to restore her and steam her again

14 Marine Promenade and Recreation Ground- The Prom Park as it is now known was opened by the Mayor and local historian, Edward A Fitch, FLA on 26th June 1895. The Marine Lake addition was opened on 23rd June 1905. Plaques relating to these events can be seen on the main gates near the Museum

15 Bryhtnoth - Heroic defender of Maldon against the invading Saxons and savagely defeated at the Battle of Maldon in 991.

Walk to the very end of the Prom to see the statue of Bryhtnoth and back around far side of Lake and end back at the Grotto. Turn right round last black shed (Toilets here) Walk back towards the Barges and turn left up the steps before 32 The Hythe into St Mary’s Lane.

16 Maldon Museum in the Park - The Museum was founded in 1920 by a group of Borough Councilllors (see plaque). There are many rooms in the lodge house holding archives of Maldon’s history. The wheel outside the Museum is not a mill wheel; it came from Maldon Water Supply company.

17 St Mary’s Church with Octagon extension - Turn right through the gate into the churchyard at the back of St Mary’s Church which is known as the Fisherman’s Church as its tower serves as a mariner’s beacon for boats coming up the River Blackwater. The Church dates back to 1130 but there is archaeological evidence dating back to Roman Times. A stained glass window design is based on the dying prayer of the Earl Byrhtnoth, which gives thanks for the joy in his life.

Wheelchair access The Riverside Trail is for the most part accessible to wheelchair users. The exceptions are: Motorised wheelchair users have access to all areas except the stepped section of St Mary’s Lane, the Down’s footpath and the narrow section shared with the National Cycle Route 1.

Manual wheelchair users can access all areas except the stepped section of St Mary’s Lane.

Section 2 the last 50 or so metres past the Salt Works up to Downs Road are steep for wheelchairs.

There is no footway on the left hand side of Downs Road and there is a section of double height kerbing on the right where caution is needed.

There is no wheelchair access to the green open space.

There are two choices for wheelchair access to St Mary’s Church; whilst at the Quay take the steep slope up Church Street, past the Jolly Sailor and then left through the church wall to the Church grounds and the Octagon. Retrace your steps to the Quay; or exit the churchyard onto St Mary’s Lane, turning right. Turn left through the wheelchair friendly gate into the play area just beside the Museum in the Park, which is well worth a visit. Follow the paths through the park back down onto the Quay. Or return to the refreshment area on the East side of the lake and take the higher of the wide paved footpaths up towards the Museum in the Park, just by the park gates. After visiting the museum, pass through the play area on its East (river) side toward the exit onto the narrow St Mary’s Lane, turning right, followed by a left turn through the gate into the churchyard. Exit the church yard turning left onto Church Street and join the High Street to return to Butt Lane Car Park.

This walk is brought to you by the Maldon Heritage Group, formed in 2017 to enable member organisations to work together to share ideas, information and expertise with the objective of increasing footfall to venues and raising the profile of Maldon’s heritage to visitors and residents.

The content on these pages has been compiled from information from third parties and which may be subject to change or cancellation. As we cannot be held responsible for any errors or inaccuracies you are advised to confirm details with the various organisers before embarking on a long journey. 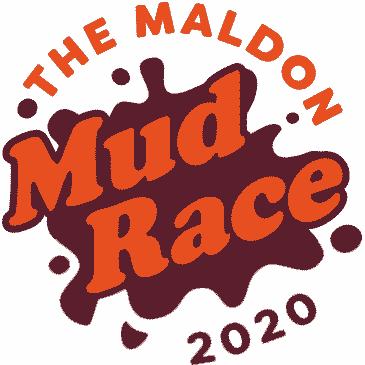 Fancy taking part in the next Mud Race on Sunday May 3 2020?

The Maldon Mud Race is an annual event in which hundreds of competitors raise money for charity by racing to be the first to complete a 400 metre dash over over the bed of the River Blackwater.